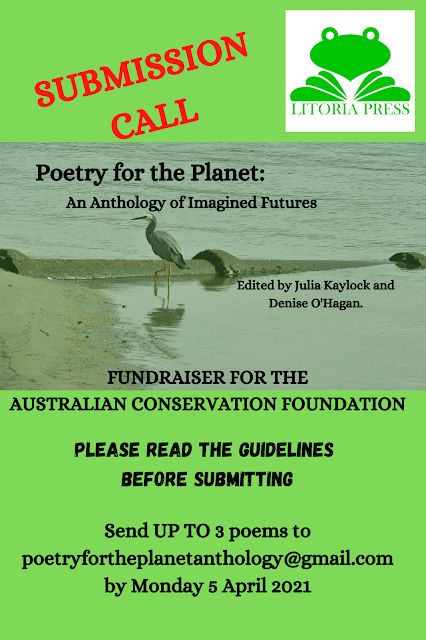 In 1950, Andrew Burke wrote his first poem – in chalk on a slate board. It was variations on the letter A. In 1958 he wrote a poem modeled on Milton’s sonnet on his blindness. Luckily it is lost. In 1960 he wrote a religious play about the Apostles during the time Jesus was in the tomb. It was applauded. He wrote some poems influenced by TSEliot and Gerard Manley Hopkins. They caused a rift in the teachers at the Jesuit school because they were in vers libre: the old priests hated them but the young novices loved them. It was his first controversy. (The only Australian poet in his school anthologies was Dorothea Mac kellor!) Around this time, Burke read the latest TIME magazine from USA. It had a lively article about the San Francisco Renaissance, quoting Lawrence Ferlinghetti who wrote: Priests are but the lamb chops of God. This appealed to Burke who became a weekend beatnik over night. When he left school, he hitch-hiked a la Kerouac across Australia to Sydney where he worked in factories, on trucks, at a rubbish dump and moving furniture. His poems appeared in these early days in Westerly, Nimrod, Overland and the Bulletin, and he returned to Perth to regain his health and joined a circle around Merv and Dorothy Hewett. A local poet William Grono hit the nail on the head when he described them as ‘I am London Magazine and you are Evergreen Review’. Long story short, Andrew Burke has written plays, short stories, a novel, book reviews and some journalism alongside a million advertisements and TV and radio commercials. He has also taught at various universities and writing centres and gained a PhD from Edith Cowan University in 2006 when he was teaching in the backblocks of China. As a poet he has published fourteen titles, one of the most popular being a bi-lingual published by Flying Islands Press in 2017, THE LINE IS BUSY (translated by Iris Fan). He is retired now but still writing and lending a hand to younger poets. A small selection of poems follow.

As I exit, I walk by my books in the uni
library. There is a shorter way but I
choose to hear my old words whispering
off the shelf ‘in the swarm of human
speech’, as Duncan said. On my way home,
in the safe bubble of my Japanese car,
I take the tunnel and in the humming
dark inexplicably think of
my White Russian friend naked on
his chopper, whooping loudly in his flight
across the desert, ejaculating in ecstasy
on his fuel tank. Those were the days,
my friend. Now, my tunnel breaks
into sunlight. The poet I visited today said,
Even the poems are chatty now, and he
was right: at the red traffic light
lyrical lines come to mind and I hurry to
write them down. The lights change
and my pen dries out. Diesel fumes invade
my thoughts as I drive so I turn the volume
up on ABC Jazz to drown out my
annoyance. That motel has been there for decades.
I remember the one-eyed
mother, with her baby in a cot, offering
me her love, or something masquerading
as that, in dusky afternoon light, a room
rented after fleeing her husband, the sound
of peak hour traffic slowing as it banked
for the suburbs. I’m off in a dream world
when the car behind me toots, and I’m
on the road again. Her name has gone
but her eye patch remains and the baby’s
sweet snuffling. I change to a pop music
station. Get out of your own head, I
advise myself. It’s not safe there, the
past is corrosive. At home I park
and leave the bubble of car and poem
with its own centrifugal force.

Have a Nice Day

Driving to the shopping centre,

Bukovski rambling in my ear,

I’m glad to be sober

and anonymous. When I was

young, all hormones and energy,

my poetic was all about

getting laid. Today I step

from my Toyota, head full

of Buk, and grab a trolley, swearing

at its bent wheels. That’ll help,

my sober brain puts in, sarcastic

as ever. I push and the old desire

to be listened to comes back

and I’m impatient at each counter,

not people. Just key in

and, voila, the money is out

I remember the décolletage of

Sandy with the metal in her nose,

tongue and ears. Where is she today?

At the scrap metal yard?

This machine doesn’t rock my world.

It doesn’t have Sandy’s knowing smile,

fly bys on my funeral plan?

Buk’s buggered my mood, but he’s

dead and I’m still here, so

who’s to complain. The machine

says, Have a nice day with

a metallic twang and I

As bit players, the limits

are the limits of our lives. You are

half out the door, going

who knows where. Perhaps you can

tell us when we meet again.

We don’t expect cards or letters,

emails or texts, and only our

limited senses would ask for

photos of the other side.

Did you leave your watch behind?

after you, shouting, ‘You forgot

your watch, you forgot your watch.’

Time is only for us now,

empty arms of the clock

hold us back from joining you.

When you were sick

and tired of it all, you left. I can

understand that. Mind the step,

wipe your feet. I expect we will follow you

in time. They chisel years

on tombstones, don’t they, yet facts

are putty in historians’ hands after deeds

are done. It’s a variety show, all this song and dance.

Total it up: More love than hate,

more laughter than tears. Do you need

a torch? Or is that light at the end of the tunnel

light enough? Perhaps you can send us

a clue or two, telling us, What happens next?

Eh? Tell me that.

through leafy poplars and pines

and thought of you awake

amid the lowing of Brahman bulls.

I thought of Li Bai

spilling ink down the mountain

and wondered whose Dreaming

spilt red on The Kimberley?

None So Raw As This Our Land

Many have been more exotic places, but this

you offer us, a taste of our land. The air

so crisp with chill we wear entire wardrobes

does our hunting: an emu caught at the throat,

plucked and thrown whole on a cooking fire,

stings our noses. We wrestle with tin-canned

standards in words the wind blows away. Huddled

round campfires morning and night, we go where

the sun breaks through as day unrolls. Breakaways,

this place of bleached bones and broken glass

queries our presence, unwashed, awkward on

of former hikes, but none so raw as this our land.

Whose land? Our week is up; we take away