A Pocket Diary by John Bennett

These poems are all dated, some even give the times when they were written, as part of a daily practice that investigates our interconnected environments. John gained a PhD for ‘A New Defence of Poetry’ which attacked the myth of poetry as being above and beyond normal language use and its claims to transcend the ordinary and everyday.

These environments can be traced at: photovoltaicpoetry.com.au

Judith Beveridge has commented: “John’s abilities to build transformative connections and the way in which these elements have been so organically integrated . . . is a tribute to the poet’s language skills and the richness of his imagination. We felt there was a strong sense of vision, an impressive array of knowledge and a deeply connected sensibility.”

John Bennett has performed his poetry around the world, transcribed his poetry for actors produced on ABC radio and won two of the most prestigious poetry prizes in Australia (the Newcastle and David Tribe). He has been 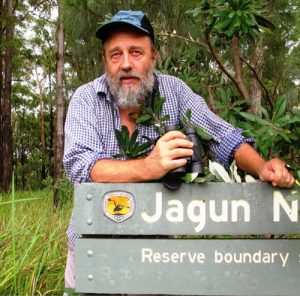 Sydney Harbour Artist of the Year and poet in residence at the Macleay Museum.

In 2010 he moved from the Inner West of Sydney to the coast and lives in Gumbaynggirr country. In the first year he saw over 100 species of birds in his garden and the adjacent forest. He is an occasional teacher of ecopoetry, Greenkeeper of the Bellingen Readers & Writers Festival and works with Saltwater/Freshwater facilitating Aboriginal writings. As well as a poet, he writes on ecological matters and is a photographer and video artist, exhibiting in Sydney and the Mid-North-Coast.

‘The collection is nearly a decade old, how time flies. I am now working in video, photography and text
focused on natural environments. A documentary on my working practice, ‘Poetry at first light’ was
broadcast by ABC Radio National in 2016. I have recently featured in two international anthologies of
nature and ecopoetry.’