a ghost gum leans over by Myron Lysenko

Myron Lysenko’s ‘a ghost gum leans over’ is bigger than most haiku books being published today. The book is divided into sections or sequences, including his daughter’s battle with cancer spanning ten years;  a year where a relationship breaks down and splits a family in two; a section of light poems, another of heavy poems and one about Lysenko’s local area in the Macedon Ranges of Victoria. The sixth section consists of haiku written for special occasions. 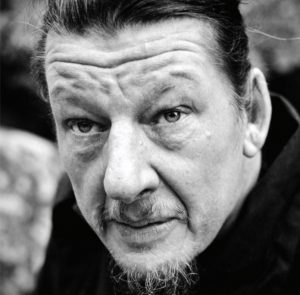 He is the Victorian Representative for the Australian Haiku Society. He has published five books of poetry and one of haiku/senryu. His poems have appeared in many journals and anthologies around the world. Myron has run almost 50 public and private ginko since 2008. A ginko is a haiku outing in a scenic spot where people write haiku, then share and discuss them. Myron has been writing, performing, publishing, editing and conducting poetry workshops since 1980. He was a founding editor (with Kevin Brophy) of the lively independent literary magazine Going Down Swinging from 1980 to 1994, which they then passed on to new editors. The magazine recently celebrated its fortieth year anniversary with a bumper issue.

Here is a recent review of  a ghost gum leans over