Between Yes and No by Philip Salom

Between Yes and No is a selection of 17 poems, some short, some longer, over 38 pages. Each poem has an English version shown in parallel with a translation into Mandarin by one of the two translators, Chris Song Zijiang and Iris Fan Xing. The editor of this innovative series is Christopher (Kit) Kelen.

Philip Salom is an Australian poet and novelist, whose poetry books have drawn widespread acclaim. 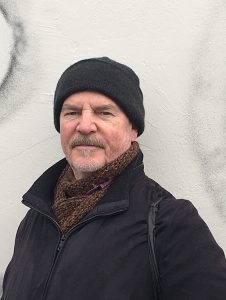 collections of poetry and four novels are noted for their originality and expansiveness and surprising differences from title to title. His poetry has won awards in Australia and the UK. His novel Waiting was shortlisted for Australia’s prestigious 2017 Miles Franklin Literary Award, the 2017 Prime Minister’s Award for Literature and the 2016 Victorian Premier’s Award for Literature. His well-reviewed novel The Returns was a finalist in the 2020 Miles Franklin Award. During the late 2020 pandemic, he published The Fifth Season.