“The phrases that might describe these poems all have a ring of paradox: stylish frailty, eloquent reticence, dance moves arrested, stasis in flux. The question, says Richard James Allen, is how to link the miracle in each moment to the next. In trying to find an answer, he tiptoes and skips and scampers to the brink, peeping to see what words are coming next. The contingency of his language meets love and sex, desolation and death, and the redemptive power of art, as time marks its passing through these wistful performances.” Michael Hulse

“Allen’s is a peripatetic eye… enthusiastic, despairing, loving, frantic. Here is a poet who dares to be vulnerable and awed.” Les Wicks “The diary of one poet’s search for authenticity—a series of quests—this collection needs to be read as a whole. An exceptionally engaging book.” Vivian Smith “I enjoyed the humour. A very readable collection.” Philip Hammial

“In Fixing the Broken Nightingale Richard Allen treats the reader to a wealth of clear, sparse, beautifully poised lyrics that play off the idea of poetry as a chronicle of life. Yet with his strong instinct for humour, strangeness, frailty, sadness and grit, Allen does much more than this. These poems seem to come straight out of reality and deliver it whole. The refreshing, fully alive poems in this collection show how simplicity and wisdom are still one very powerful combination.” Peter Boyle 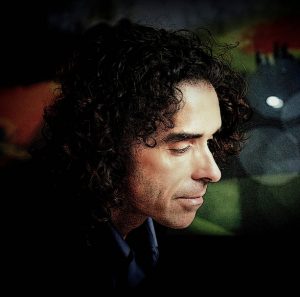 Richard James Allen has published nine previous books as a poet, fiction, performance writer and editor; Fixing the Broken Nightingale is his tenth. One of Australia’s most uniquely versatile and inventive creative artists, he has a multi-award-winning track record as a writer, director, choreographer, filmmaker, performer, new media artist, yogi and scholar.