local concerns itself with the local environment of the Glebe, an inner city suburb of Sydney and with other areas of the inner city. Some of the poems were written as part of 366 Poetry Project. It traces the author’s family history and connections to the inner city and also addresses issues of colonisation and the dispossession of indigenous people in Sydney. The book contains 13 artworks by the author. 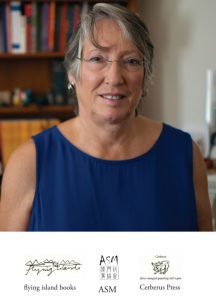 Anna Couani, born Sydney 1948 from a Greek and Polish background, is a poet, writer of experimental prose and visual artist. She runs The Shop Gallery in Glebe with her husband, sculptor Hilik Mirankar. She was involved in small press publishing and writers’ groups from 1975-1992 and was a founding member of the No Regrets women writer’s workshop formed from the Sydney Poets Union. She has been published in numerous magazines and anthologies. She has degrees in Architecture, Art teaching and TESOL and taught Art and ESL in Sydney high schools and Intensive English Centres for about 40 years. Her mother, Dr Stefania Siedlecky, was advisor to the Federal Government on Women’s Health and her Polish great-grandfather John Radeci was a prominent stained glass artist in Sydney and came to Australia as a teenager. Her Greek family migrated to Australia around 1919 and mostly ran small businesses in Sydney, in fish cafés, fruit & vegetable shops, and taxis. Her Australian-born father Dr John Couani, was a doctor who served the Greek and Left communities in Sydney as a general practitioner in partnership with Dr Stefania Siedlecky during the 1960’s & 70’s.

Some of her out of print work is available for download at http://annacouani.com

Some of her visual art can be viewed at http://sesquitria.blogspot.com and on Instagram as sesquitria

The Shop Gallery is at https://theshopgalleryglebe.blogspot.com