After Han Shan by Greg McLaren

Greg McLaren’s most recent book, After Han Shan and other poems (2012), draws in part from his long and ongoing engagement with the Chinese poetic tradition, and plays out a re-imagination of Han Shan’s poems in an Australian cultural landscape, the NSW Hunter Valley Coalfields that McLaren grew up in.

Greg McLaren is a poet, critic and editor who lives in Sydney, Australia. His previous books are Everything falls in 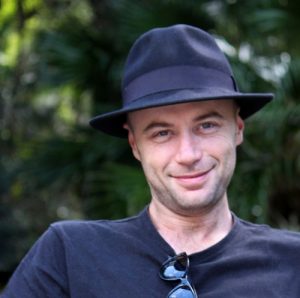 (Vagabond, 2000), Darkness disguised (2002) and The Kurri Kurri Book of the Dead (Puncher & Wattmann, 2007). The latter includes the title sequence and “Buddhism Decoder”, both of which explore Buddhist ideas and images in a contemporary Australian setting, and the long cento, “And no birds sing”, a mis-speaking of the Ern Malley obscenity trial.

The Kurri Kurri Book of the Dead is reviewed here: http://jacketmagazine.com/36/r-mclaren-rb-riemer.shtml.