Small Wonders is Anna Couani’s fifth book and is a bilingual English-Chinese collection of poems translated into the Chinese by Sou Vaikeng who also provided ink drawings. Reviewer Virginia Shepherd: “…touching simultaneously the near and the far, Kochi in India, the arms stretched towards Turkey… The poems together form a micro-novel in a pocket format, an organismic structure that can be understood at the level of an individual poem…” 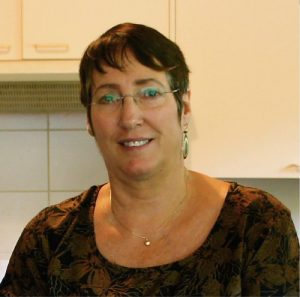 Anna Couani was born in Sydney in 1948 from a Greek and Polish background. She is a poet and writer of experimental prose. Small Wonders is her fifth book of writing and she has been published in numerous magazines and anthologies. She was involved in small press publishing and writers’ groups from 1975 till 1992. She was a founding member of No Regrets Women Writers Workshop that continued for 12 years. She was an officer of the NSW Poets Union for 10 years. She is also a visual artist and taught Visual Arts in mainstream schools and Intensive English Centres from 1972 onwards. She became a secondary school ESL teacher in 2006. She has degrees in Architecture, Art teaching and TESOL and trained as a painter. She is the partner of sculptor Hilik Mirankar. Some of her work is available for download from her website at: http://seacruise.ath.cx/annacouani/