The Language of Light by Jean Kent

The Language of Light is a selection of poems from Jean Kent’s collections, with translations into Chinese by Iris Fan Xing. The poetry ranges from memories of childhood in country towns and on a farming property in Queensland to adult experiences visiting family in Lithuania and living in Paris. Scenes from everyday life, working as a psychologist, and at home in a bushy suburb at Lake Macquarie, NSW, also feature. Included are poems which won the Josephine Ulrick National Poetry Prize and the Dorothy Porter Prize. 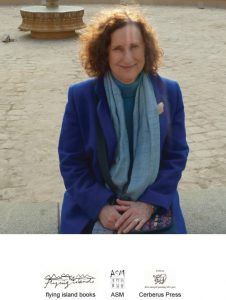 Jean Kent grew up in rural Queensland and now lives at Lake Macquarie, NSW. Eight books of her poetry have been published: the most recent are The Hour of Silvered Mullet (Pitt Street Poetry, 2015) and Paris in my Pocket (PSP, 2016). With Kit Kelen she co-edited A Slow Combusting Hymn: Poetry from and about Newcastle and the Hunter Region. Her awards include the Anne Elder Prize, the Dame Mary Gilmore Award and the Wesley Michel Wright Prize for books, and the National Library Prize, Josephine Ulrick Prize, Somerset Prize and runner-up for the Newcastle Prize for individual poems. She has received several fellowships and writer’s grants from the Literature Board of the Australia Council, including six months residencies in Paris in 1994 and 2011. Jean has also worked as an educational psychologist, counsellor in TAFE colleges and teacher of creative writing.